It's 2011. Nixie tube manufacturing is a thing of the past.

Not a single nixie tube factory survived the advent of modern digital displays. For more than 30 years, the nixie tube technology has been forgotten and abandoned.

Burroughs Corporation, National Electronics, Raytheon in the USA, Mullard in England, Gazotron in Ukraine, Philips in the Netherlands, RFT, Telefunken and Siemens in Germany, Rodan in Japan, Tesla in the Czech Republic. A long time ago, they all stopped the production lines and scrapped the delicate tools and machines used to produce nixie tubes. Tools and machines to which hundreds of engineers and maintainers have dedicated their lives.

As time passed, the knowledge of intricate details of the nixie tube technology was lost.

They stopped the production lines and scrapped the delicate tools and machines used to produce nixie tubes.

It's 2011. Dalibor, a young fool from the Czech Republic discovers the beauty of nixie tubes.

Looking at the inner metal structure and the glass envelope of simple shapes, he concludes that making a nixie tube will be a pleasant hobby project. Having no previous experience with manufacturing, he recklessly jumps in. Soon he realizes the brutal reality of physics, chemistry, vacuum, and other fields related to the production of vacuum tubes. Nevertheless, in 2013, after a myriad of problems, R|Z568M nixie tube prototype was born. 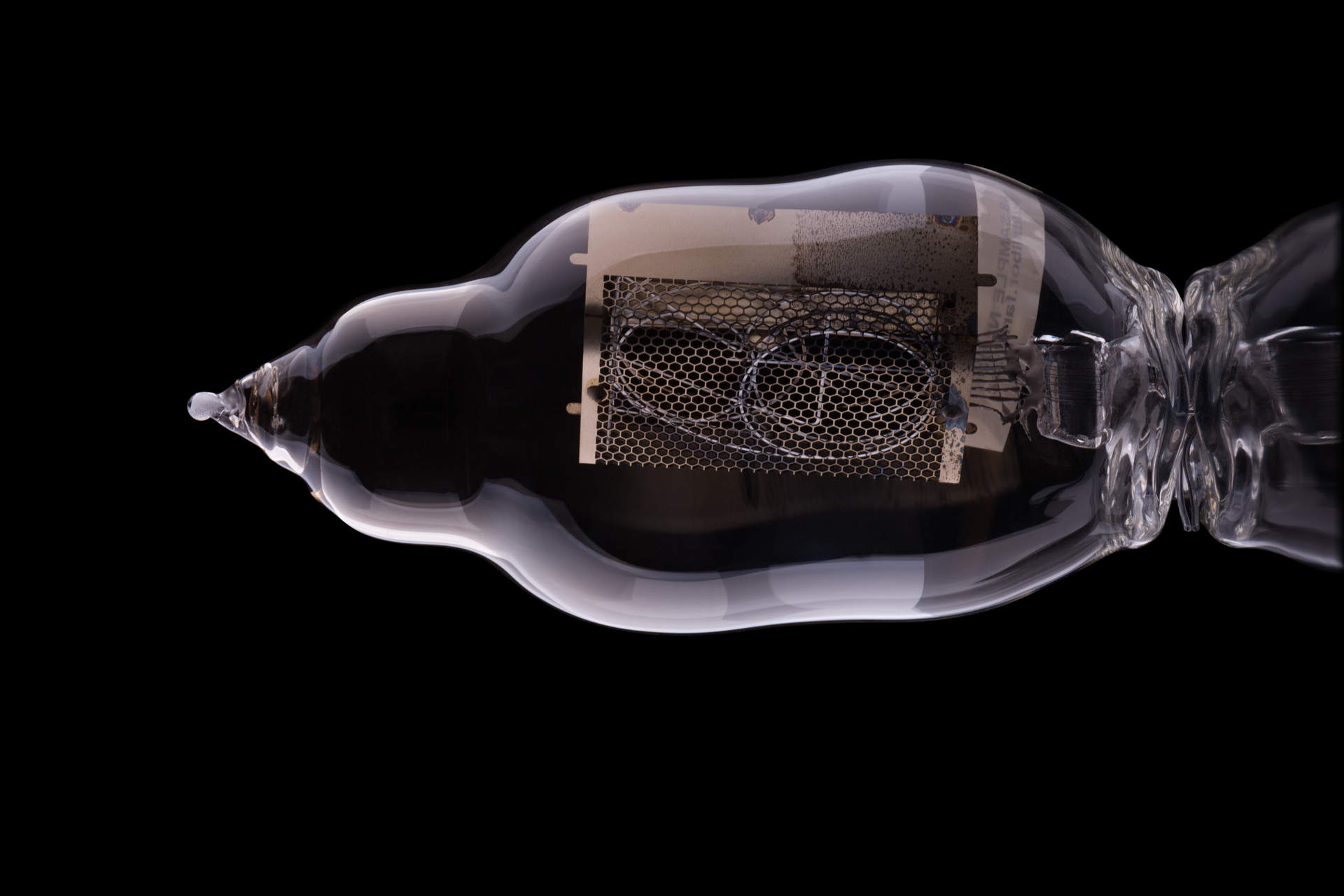 After a myriad of problems, the R|Z568M nixie tube prototype was born.

Timeline of the production

R was the first nixie tube to be in production after several decades-long worldwide pause.

R|Z568M nixie tube is inspired by the original German Z568M nixie tube. We kept the Z568M in the name to pay tribute to the old engineers who enabled the production of this tube in the 1970s. The "R" in the name stands for "resurrection". We consider it the most elegant nixie tube. 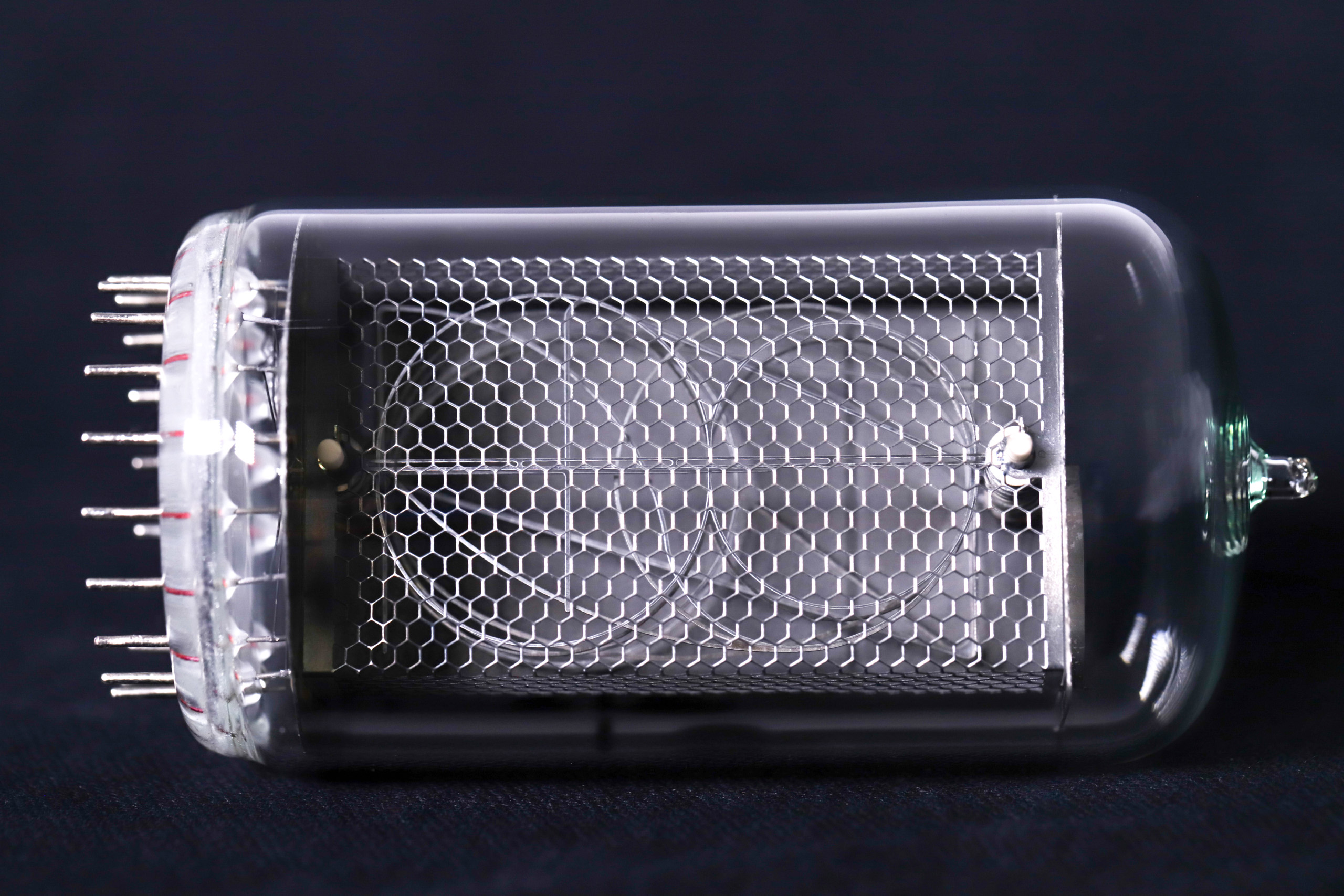 A legend says it takes 10 000 hours of practice to gain mastery in a certain field. It might be wrong... Anyway we had to make 10 000 R nixie tubes to be satisfied with the result.

The only role of the nixie tube in the 1970s was to display numbers. Nixie tube of the 21st century has to be also aesthetically pleasing.

Confirmed by the old documents and witnesses.

I intensively searched for documents describing manufacturing in the old times. I found that the documents were mostly focused on the production of radio tubes, completely ignoring nixie tubes. I also searched for the witnesses of the old nixie tube production lines. In my home country, the Czech Republic, we had several tube factories, all under the Tesla brand. The biggest one, Tesla Rožnov with over 3000 employees and own "vacuum high school", produced all vacuum tubes except nixie tubes. Nixie tubes were produced in a small Tesla factory in Vrchlabí. I could talk to a former director of the Tesla Rožnov factory, but he didn't know anyone from Tesla Vrchlabí. The decision to continue my own research was made..

Ironically, to get the information I sought I had to develop the R nixie tube first. I made a video about making that nixie tube, and that video found its way to the old witnesses of the old production in Vrchlabí. I was also contacted by a person who had a complete set of original documents from a Russian factory describing the manufacturing of IN-1 and IN-2 nixie tubes. At that time, I already had the answers to most of my questions. Anyway, it was a great relief to find out that the answers we found are correct and we use the exact same procedures as the old engineers in the 1970s." 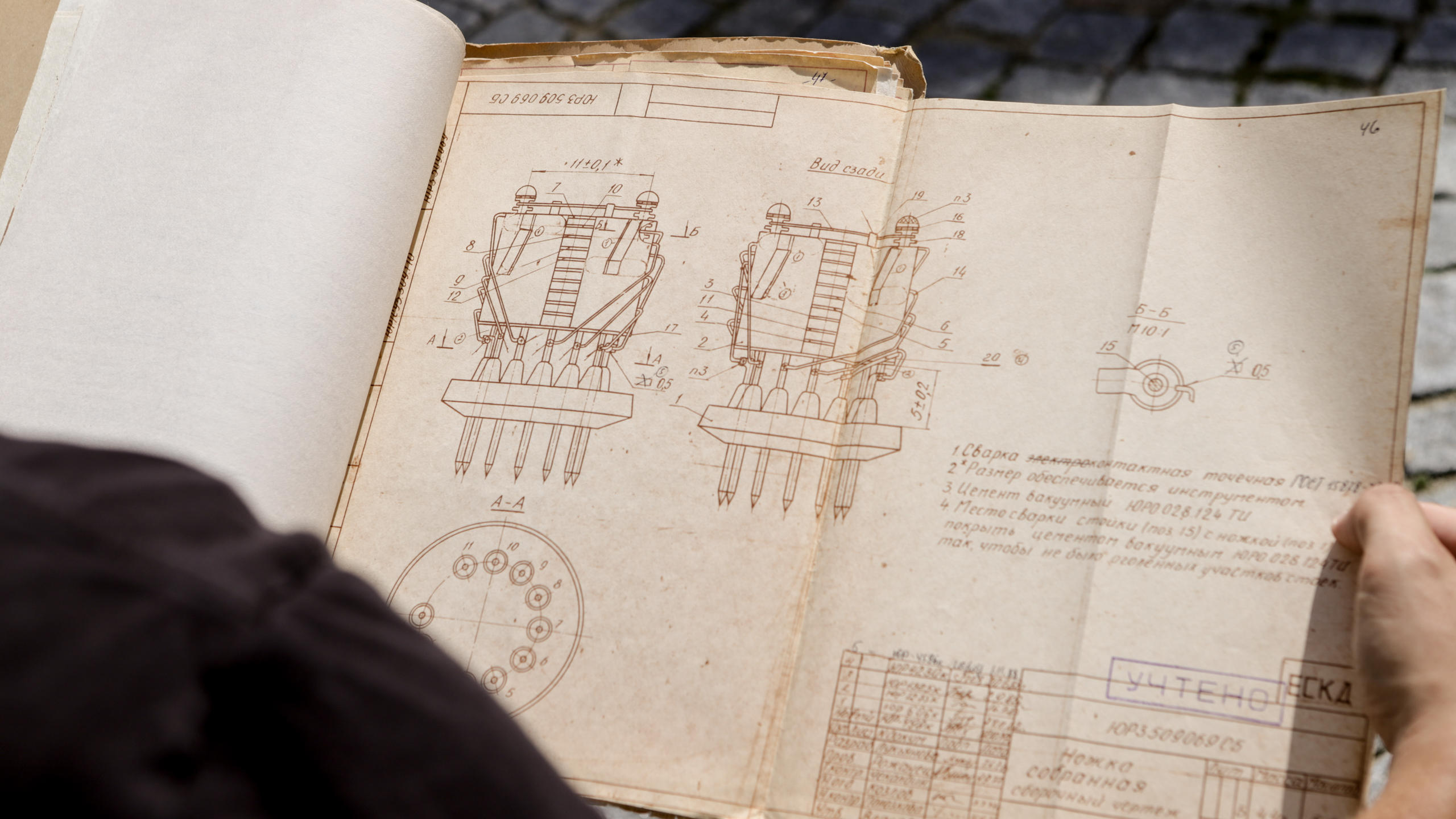 I could hold the same papers, the same original documents that the engineers from the 1970s used daily for their work. It was a humbling, breathtaking experience.

The R tube taught us what it means to achieve reliability. What a brutal difference lies between a fully working lab prototype and a product withstanding long-term real use by customers.

The R nixie tube was a turning point.

The R tube also taught us the whole nixie tube technology and forced us to buy and develop machines and tooling for all manufacturing steps. It laid the foundations for other nixie tube projects that will come in the future. 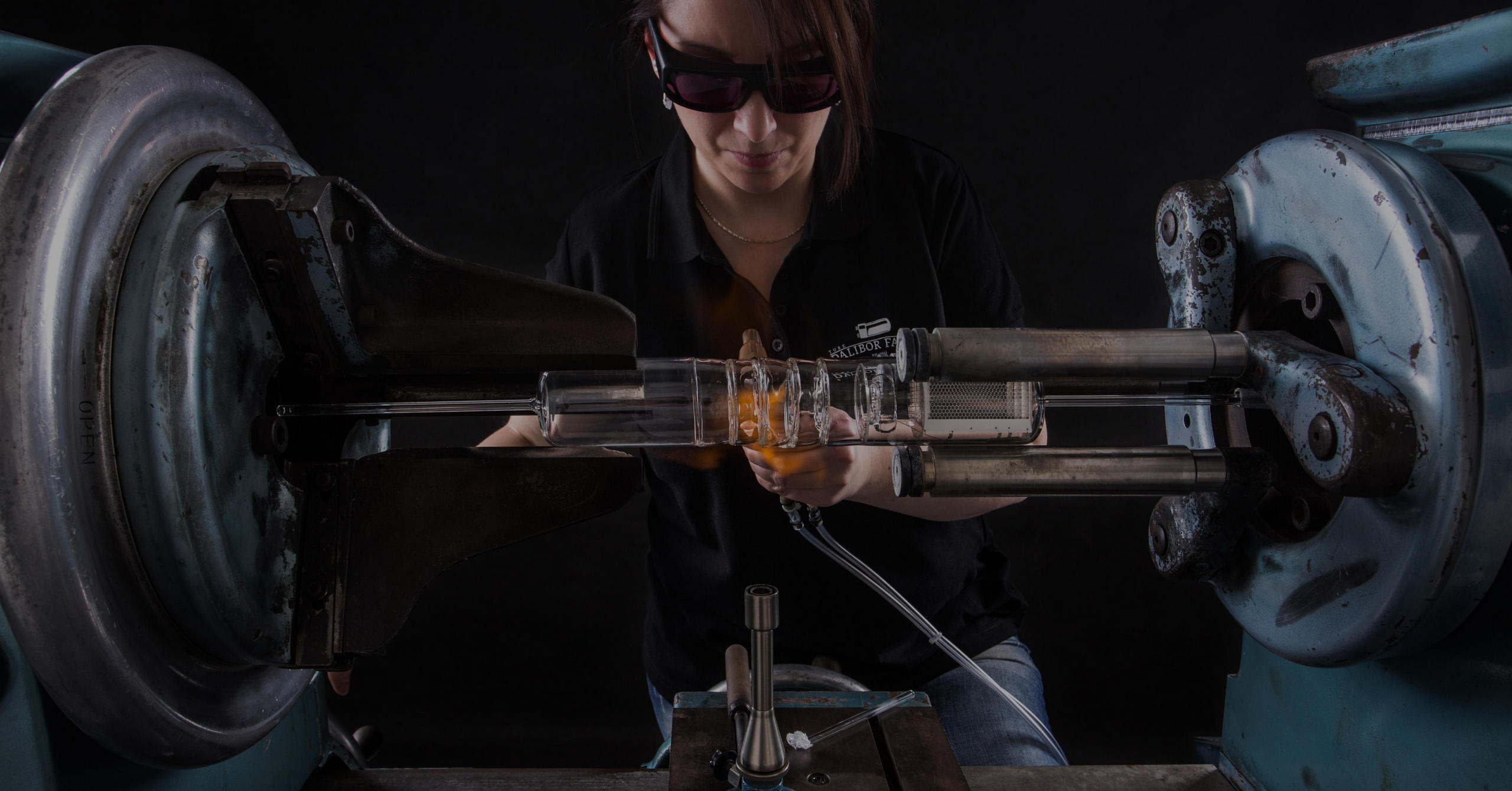 It was the R nixie tube together with the Zen clock that enabled us to hire first employees and start building the team that is for our customers.

We strive to make the nixie tubes that are one like the other, perfectly matching their shapes in the clock. The more we practice, the closer in look the nixie tubes are. But in the end, it is the small differences in shapes that make them more human and what our customers like to seek. 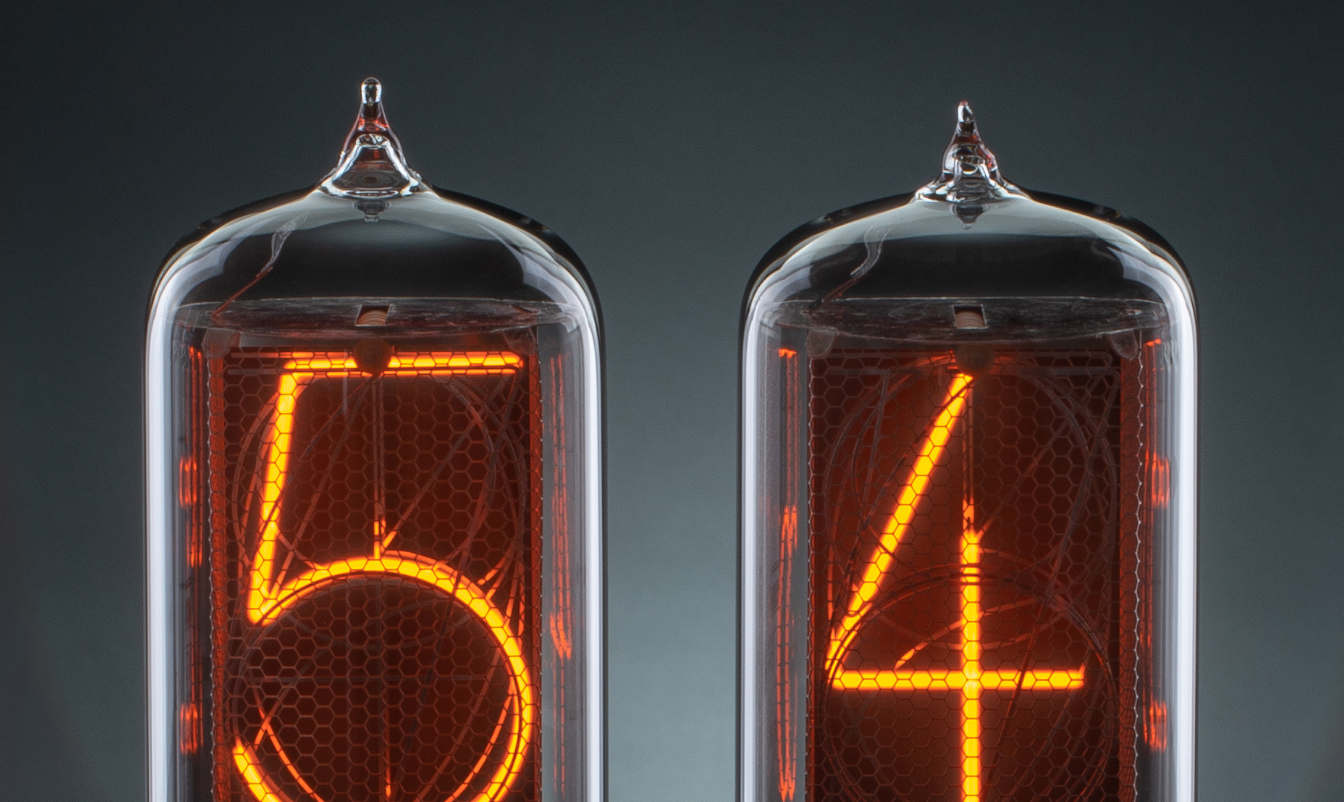 Lab in a castle.

Thanks to the R nixie tube, we could rent space in a local castle. A cold and humid place, but with unusual genius loci.

R nixie tube is the essence of our business.

All the nixie clocks we make ourselves or in cooperation with our partners either use R nixie tube or tubes evolved from it. 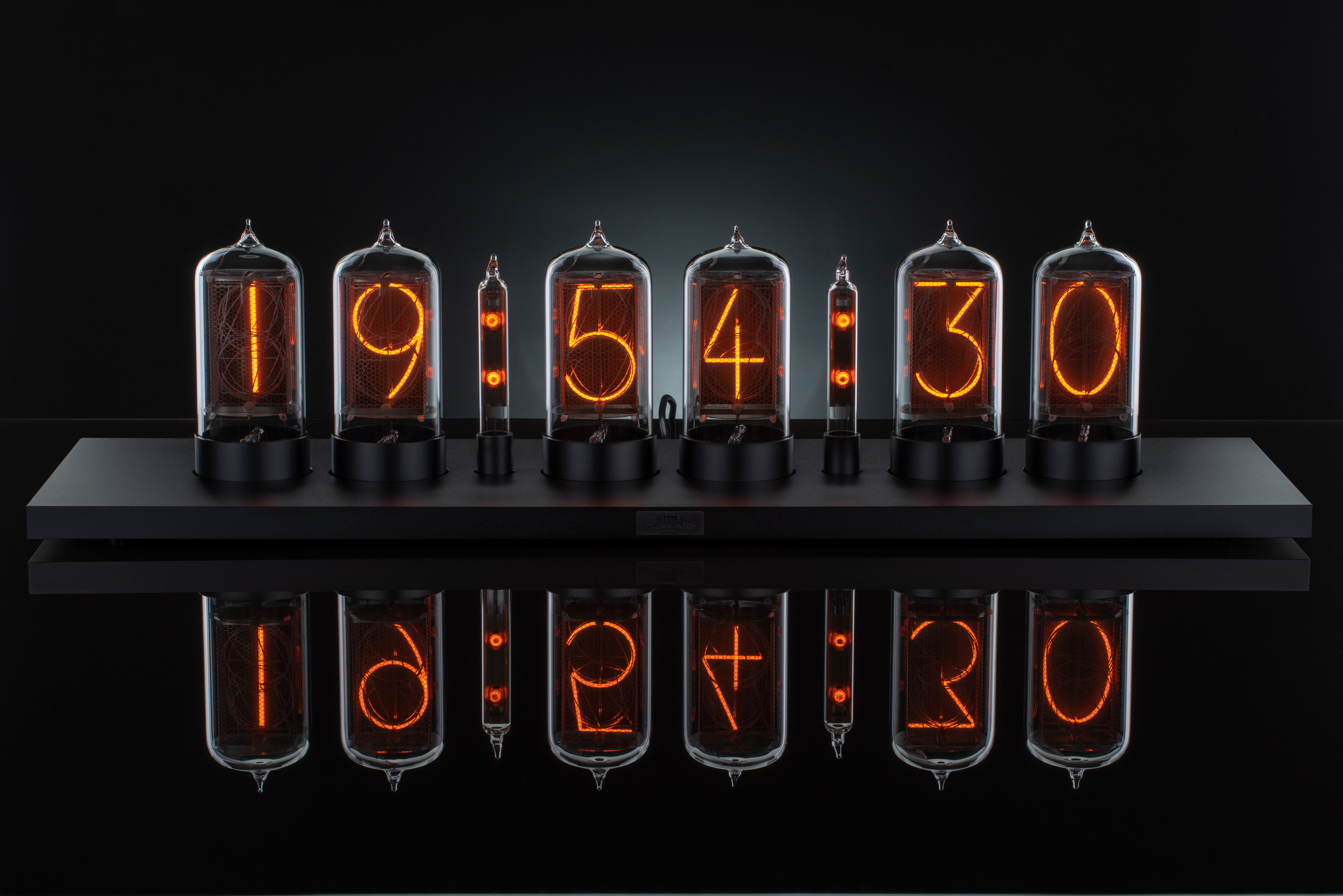 We make around 50 R nixie tubes every week. Most of them is used in our clocks. Some quantity is reserved for individuals building clocks and other nixie tube devices. Would you like to build your own clock? Let us know!

We always keep a stock of R nixie tubes so we can quickly solve a nixie tube failure or sell a replacement.