The last thing I had to make was a connector to neon bottle. This is a low pressure (12 bar) disposable aluminum bottle used in neon sign making. There is 7/16 UNEF thread, it uses the same standard as cans for camping stoves. I machined it from brass so I would be able to solder the copper capillary into it directly without playing with teflon washer. After screwing the connector to the bottle, there is no flow from of the gas. You have to turn down the stem where is a thorn, this thorn opens the seal in the bottle and gas is released out. The gas fills the inside space of the connector and it could be closed again. Now there is a few cm3 filled with neon of pressure at 12 bar, plenty for an experiment 😉 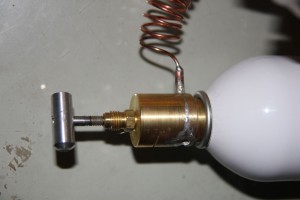 Complete connector on the neon bottle. 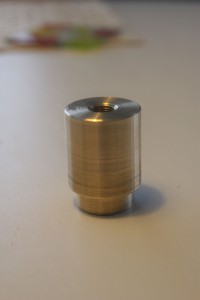 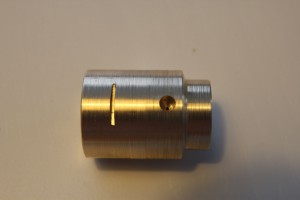 side hole for soldering the copper tube 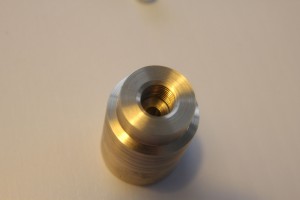 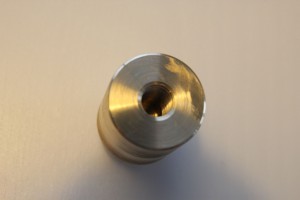 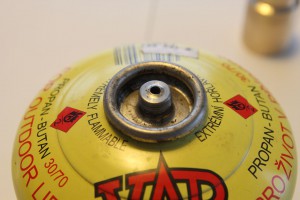 I used a camping can for testing, no reason to waste the neon 😉 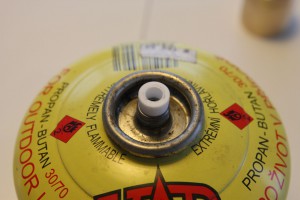 the teflon washer used to make a seal on the bottle 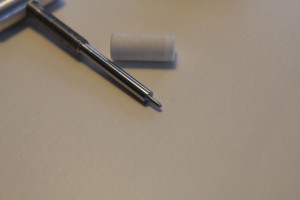 the thorn machined on the tip of the stem 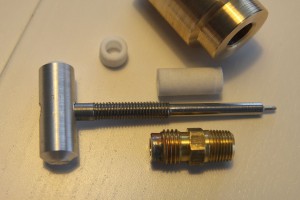 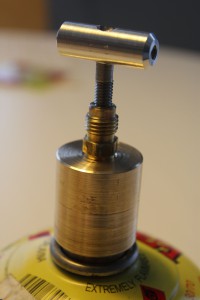 mounted on the bottle 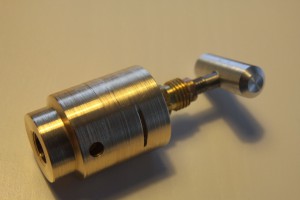 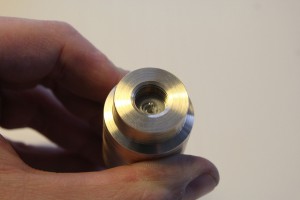 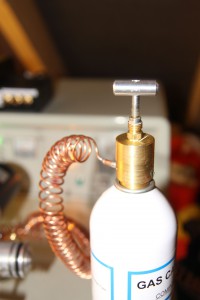 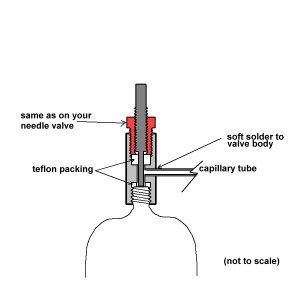 Just some notes.. I had to add teflon tape to the connection of brass fitting and brass body, it leaked. After this hack it works perfectly, no leak on the most sensitive scale on leak detector. I pumped whole system to 10-5 torr, I guess in the connector could be 10-3, because of the capillary.