I have just finished first chuck for the glass lathe. The last part – worm holder – turned out to be much more easier than I had originally thought. I just drilled a hole into U holder cut (laser cut), cut a half of the hole and got a groove for the worm axis. All these operations were done in 4 independent jaws chuck, pretty handy stuff! 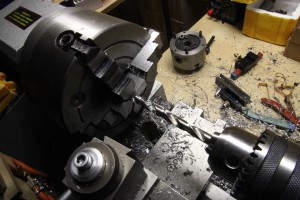 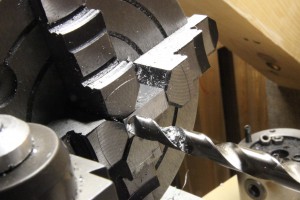 The hole for M4 holding nut was also made this way: 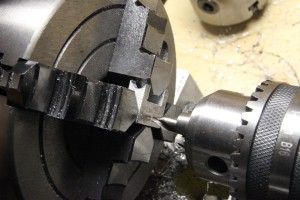 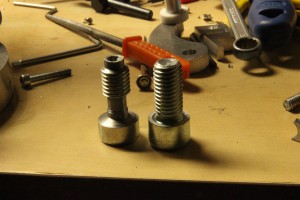 The worm gears were made of standard M12 nut. 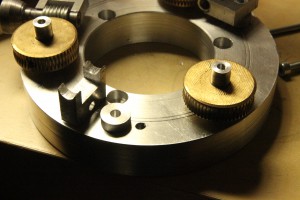 The U holder before mounting on the lathe base. 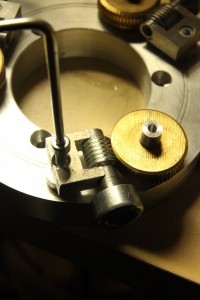 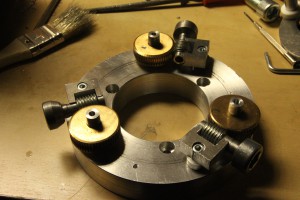 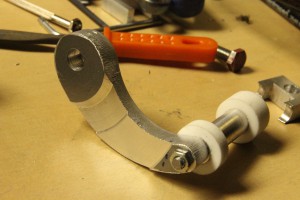 Eeach jaw has a groove on the bottom, it is here to allow the jaw to be rotated over the thread of the worm gear – look on the photo below. The  groove was also cut on 4 jaws chuck. 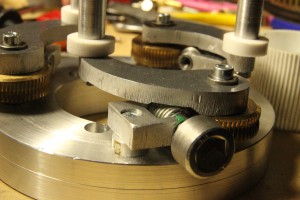 Detail of the groove on the jaws.. 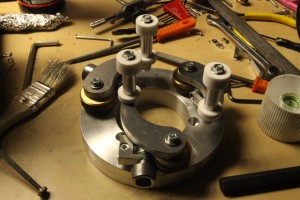 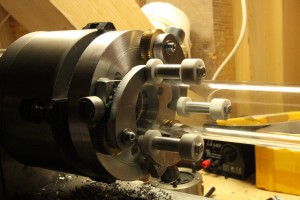