As I promised, I started making a sample tubes. I am now working on a project for one local contest, more later.. And I made two new tubes as a prototypes for that project. 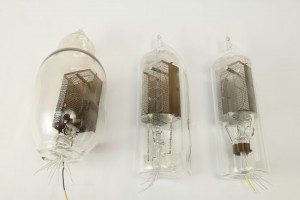 All three tubes, from oldest to newest. 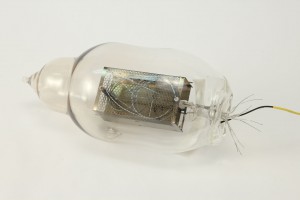 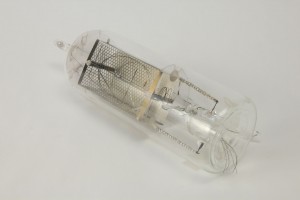 Second sample, this one uses a support from tungsten wire that is welded to the glass stem, too complicated.. high risk of cracking the stem. And it also doesn’t look much well. 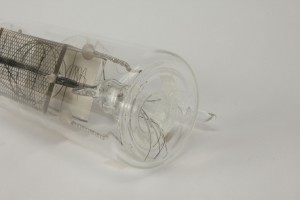 This was my first attempt to make a stem-envelope seal by drop-out method.. Easy! 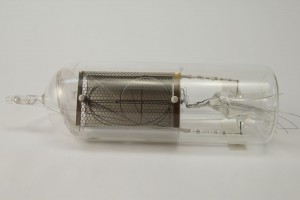 The stem itself is horrible, I know, but it was first after around 30 leaky stems 😉 I already found the problem, so no more leaky seals! 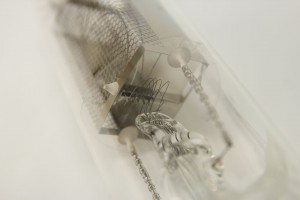 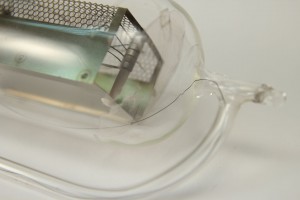 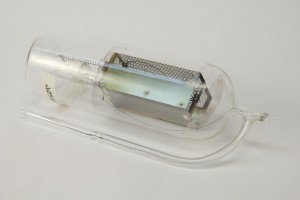 Tube for the contest – this was the original idea, to let the anode wire go through the back pipe.. To complicated.. 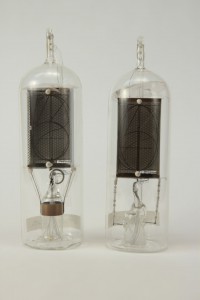 Third on the left, second on the right. 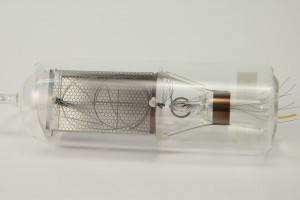 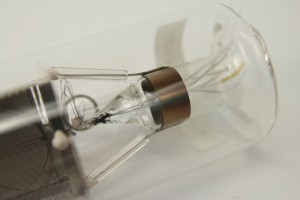 Skilled watchmaker would certainly determined (by the colour) the temperature that was on the steel ream during sealing! 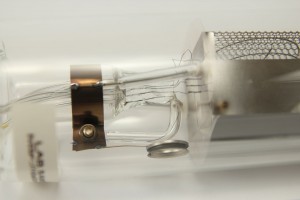 I used the getter for the first time, not fired yet 😉 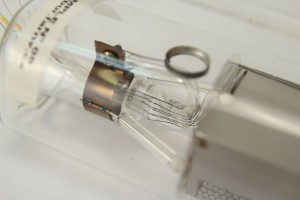 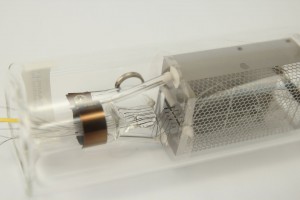 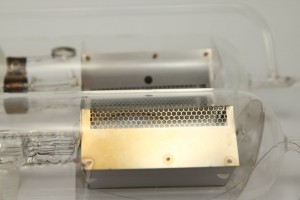 The closer tube was baked out at higher temperature, the stainless steel got golden colour.. Another lesson learned! 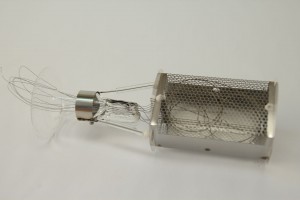 Another nixie tube assembly, ready to be sealed! (just getter will be added) 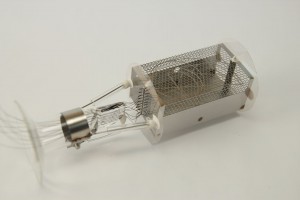 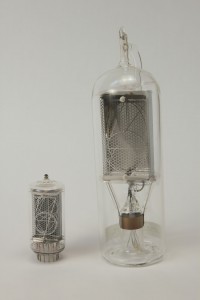 Tube compared to z5660m, that is considered large 😉 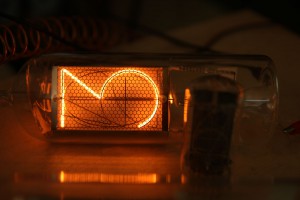 This tube is filled to 62 torr, it makes nice sharp digits, but needs more power.. Striking voltage below 180V. 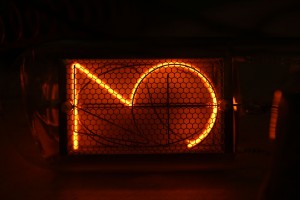 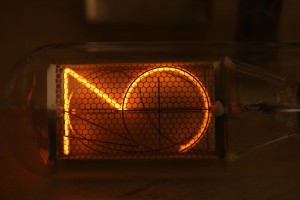 This is last tube, 32 torr filling, smooth, a little fuzzy digits. Lower striking voltage. It is very difficult to take photo of the glowing digits, I hope I will manage that once.. 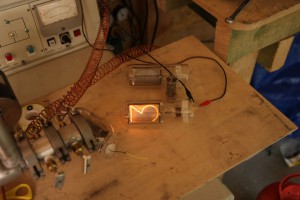 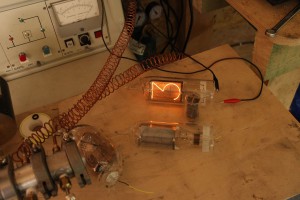 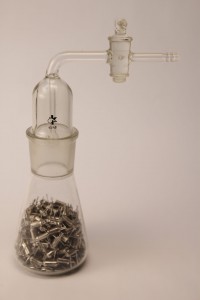 This is the way I store the getters under argon, to keep them fresh and juicy 😉