The last part of the manifold was the pressure gauge, I had the 0-100 torr baratron, but no controller. The baratron needs supply of +15V and -15V. It gives linear output of 0-10V for 0-100 torr. So I build a simple power supply using two zener diodes (15V) and two 15Ω resistors. If You are interested in schematics, just write a comment. The input power is 40V, output ±15V. A cheap voltmeter from Ebay was used to display the output: 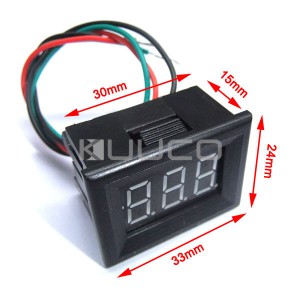 Its range is 0-10V, so I used it for output directly. I intentionally wanted to open it and swap the decimal point, but this would mean some extra time what I can’t afford now 😉 So when the baratron output is 5.25V, it means 52.5 torr, but the voltmeter shows just 5.25, I have to multiply it by ten to get right readout in torr. 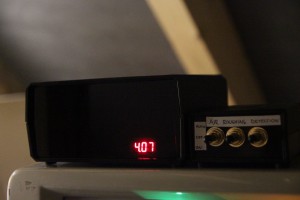 In action, the controller reads 4.07V what means 40.7 torr. I plan to place another controllers (high vacuum one at least) into that box, so this is the reason for such a large one 😉 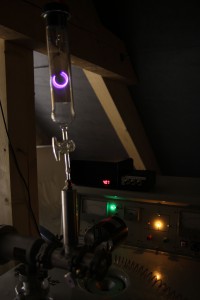 Good thing is that the baratron is not dependent on type of gas inside as pirani or thermocouple gauges are.. It shows right pressure for all gases.